I am reading, re-reading, writing notes on Save the Cat, Blake Snyder’s masterpiece for some. Count me in! In Chapter one, I read about the “logline” for the first time. What is a darn logline?
My thoughts exactly!

BS goes on explaining it simply. Allow me a timid imitation. There you are, it’s Saturday night and you are engaged in a reconnaissance mission. Newspaper in hand, you have been tasked with finding THE movie. Finally, you explode: 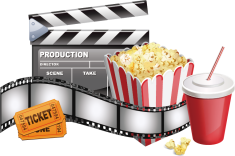 Instead of a “Hooray!” or a “Let’s go!” that would signal you hit home and the crowds will follow, you get a general pout:

And they present you with a fifteen-second window to convince them. Not half-an-hour, not ten minutes… FIFTEEN SECONDS before they sit back on the couch and munch on these carrot sticks again. You know very well that if you just blurt out “Super hero… bla-bla … Super villain… bla-bla…,”  you will lose half of them and get frustrated, and if you slam your fist on the table, and claim “MCU, for crying out loud, show some res-pect!” they will be throwing those carrot sticks at your face.

So, logline it is. You have a voucher for a one-sentence plot that is supposed to make their jaws drop.

Blake Snyder offers a cheat-sheet, the famous BS2. And once the BS2 is squeezed into a one-sentence format, it goes like that:

On the verge of a stasis = Death moment, a flawed protagonist has a Catalyst and Breaks Into Two with the B Story; but when the midpoint happens, he / she must read the theme Stated, before the All Is Lost, to defeat (or stop) the flawed antagonist (from getting away with his / her plan).

Sounds like jibber jabber to you? Hang on, let me do the work for you:

On the verge of losing his throne, a young African king, challenged by an estranged cousin, gathers the powers of the Black Panther to defeat his enemy; but when he is overpowered by his adversary’s rage and loses the battle, he joins forces with friendly and former-unfriendly local tribes to save his family and his people.

And that, my readers, is the logline! Scene!

Did you have a better logline for the Black Panther? Leave a comment if you dare. Some people make the main theme “unleashing the panther” and not “joining forces“, but I sincerely prefer to see a lesson in there, rather than just the superhero stuff (even though it might be way cooler, I give you that!).